On a cold, windy, rainy night just north of Madisonville, Texas on I-45, just seconds of warning and reactions learned in the Lone Star Region Car Control School most likely saved my son’s life.

It was mid-December. My son, Liam, was driving home from UNT in Denton for Christmas Break. He had to finish classes, visit friends with gifts then head down to Houston. By the time he was nearing the traditional Buc-ee’s stop in Madisonville the rain was slashing in at a 45-degree angle directly from the south. The windshield wipers were beating out a ramming speed rhythm and he had reduced speed by 15 mph to 60 mph. There were few cars on the road and he took up station in the right lane, making the easy drive home.

Seemingly out of nowhere Liam saw a van stalled on the road with no lights on. He began to brake but realized he would not make it. The right was not an option, it was a muddy, gravely mess, so he began to move to the left. But he just did not have time and turned sharper to miss the van. As the rear end began to break loose he steered into the skid to maintain control. He thought he had made it when the rear wheels slipped off the road and began sliding in the mud and slick grass median. The car began to go further into the center median and he felt it might stop as the front wheels seem to be getting traction. Then the center line cable barrier loomed in the headlights and seconds later he made contact. The collision did quite a bit of damage to the front and driver-side, tearing off a fender and bumper. It was not overly intense as much of the momentum had bled off. No airbag deployment. He was able to carefully get the car back on the highway and continue to Buc-ee’s.

After calling us and calming down a bit he continued home. We decided it was best NOT to return to the accident scene in the late of night and current

weather conditions. As you can see from the picture, the damage was extensive.

So, what helped him get through this life-changing moment? The Porsche Club of America Lone Star Region’s Car Control School. In the most simple terms, the school helps people become better drivers. It helps them understand the dynamics and boundaries of a car and driver in a controlled, safe environment under the guidance of seasoned instructors.

Liam (and I) attended the one-day school in 2015 and loved it. He was 17 and already a proficient driver. While it is not a performance driving school, it does let you push your car (and yourself) on eight organized clinics over a day. There are instructors who help drivers understand the forces acting on the vehicle during different maneuvers – both planned and unplanned.

Unlike some Porsche-only events, the Car Control School is open to anyone, with any car that is in good mechanical condition. Students must be at least 16 years old and have a valid drivers license. The school is a one-day event hosted at the Houston Police Academy near George Bush Airport and starts early

with gates open at 7 am. Students attend a brief classroom instruction before moving to behind-the-wheel clinics. There are typically eight clinics or drills which may include wet skid pad, decreasing radius, accident avoidance, apex drill and slalom.

In the case of Liam’s accident, the chicane clinic as an accident avoidance kicked in. A chicane in his case was created by the stalled vehicle in his lane which he would have hit had he not reacted quickly. In the clinic, the chicane is created artificially using small cones simulating a stalled tractor-trailer truck. The student accelerates at high speed toward the stalled “vehicle” and using a combination of braking, steering, and acceleration avoids the hazard and ideally, returns to their lane.

Driver survival skills are increasingly important in a high speed, high-density environments. They can be acquired at any age so don’t think they are only for new drivers. In fact, they are an excellent way to brush up on your skills as well as become more familiar with your vehicle, especially if it is new.

After the accident, Liam called me. The second thing he said after, “I’m alright dad, just a little jittery”, was “The car control training I had just kicked in. I felt like I had been there before. I almost saved it if the rear wheels had not slid off the edge.” As a parent, I cannot think of any greater endorsement for this program and I am happy to contribute to its growth. 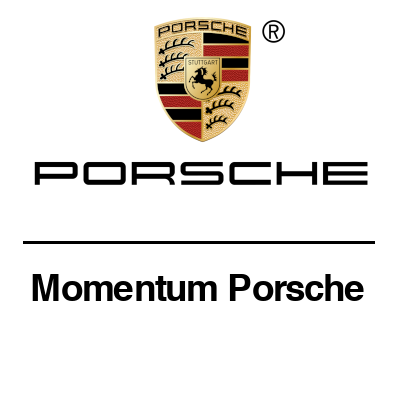